Another of the announced summer news is the so-called crafter support program. MA issues Orders for some items, mainly low lvl craft: any textiles, maybe even first / second sensors.

As they stated – this is done to stimulate low-level craft. That is, they want to raise the markup to basic things, making the craft a little more profitable.

Let’s check it out.

So far, the update has been launched in test mode on Calypso. At the auction, look at the Orders tab.

It is very easy to distinguish MA orders from orders of other players. Other players do not place orders for a very long time. They usually put them on a day – this is the minimum possible duration. Because if, for example, tomorrow the price changes, then there is a risk either to buy at an overpriced price, or not to buy at a clearly underestimated one. 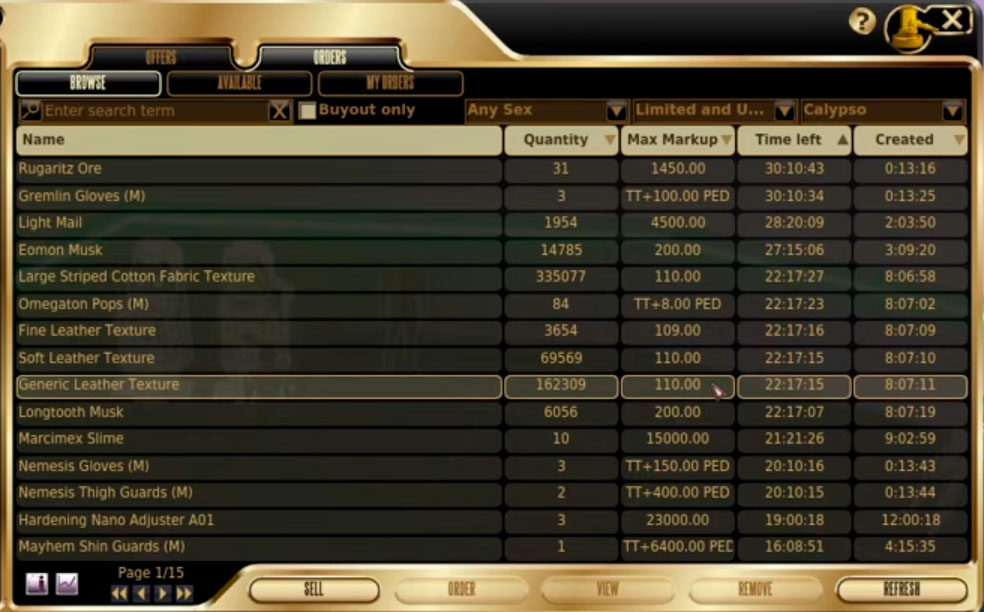 Here’s an order from MA for 22 days of Soft Leather Texture or let’s take a look at Generic Leather Texture. It is clear that not one normal player in his life will need such an amount of this texture. How many craft shirts can you make? 🙂 You can wear the whole Entropia for 10 years in advance …

Let’s take a look at the markup for all these textures. The volume has grown significantly over the year: in June, July – somewhere around 700 PED, before that 100-200. It influenced markup by about 5%. Now it is really stable – about 110%. The popularity of crafting has clearly increased, but the profitability? 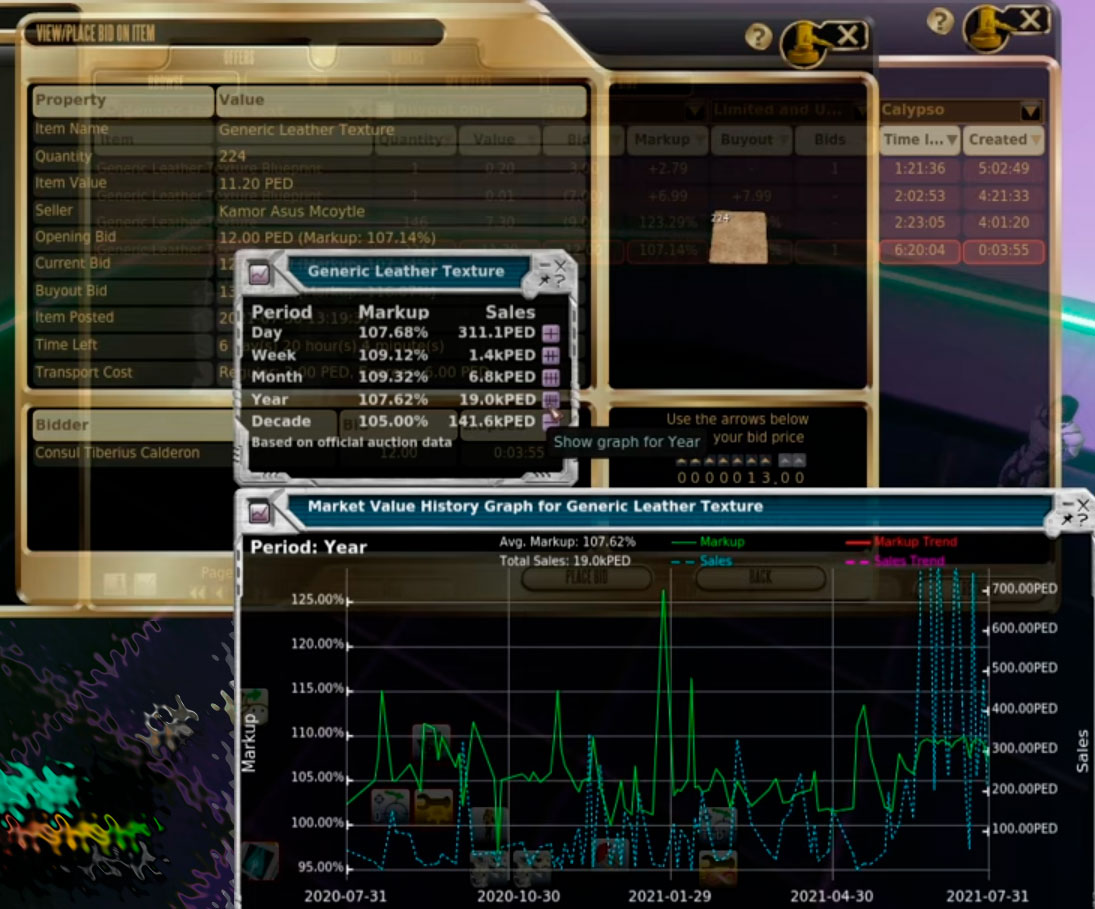 For many, this innovation has caused quite serious enthusiasm: that MA is evolving craft, etc. My opinion often differs from the generally accepted one. The fact that Mindark wants to do something with the craft is commendable. The sad thing is that they do not know exactly how to do this and decided to do everything in the simplest way. Namely, by investing your own funds. Although own funds is such a rather interesting term, considering where they come from.

Hint: with decay hunters and miners. A player, for example a hunter, might think why decay goes from him to support crafters (to which he has nothing to do) !? “Why are crafters getting promoted and not me?” The hunters have a lot of problems too.