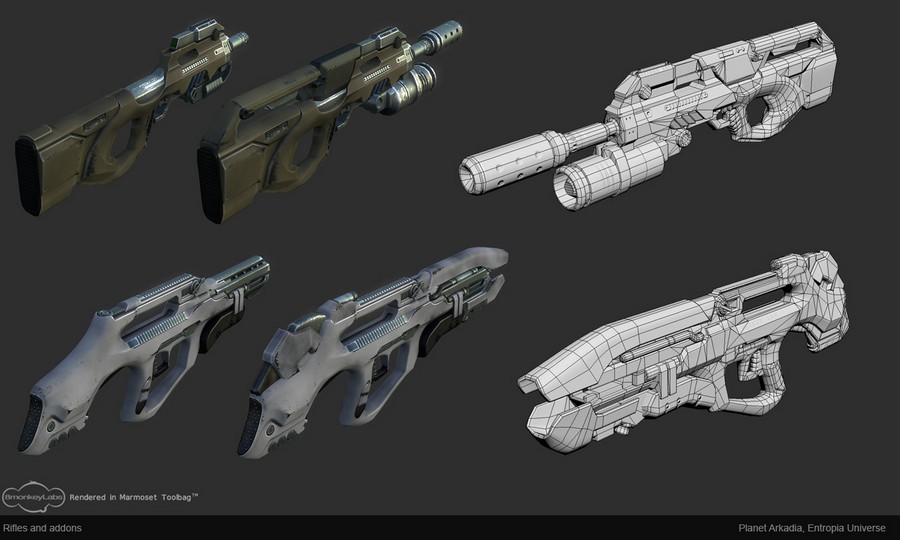 Attention! With the introduction of the Loot 2 system.0 information is no longer relevant and has only historical and archival value.

Weapon eco indicator — this value, characterizing the ability of a weapon to cause damage, calculated on the basis of expense of 1 PEC.

unit of measurement: dmg/pecEco can easily be determined for almost all existing types of weapons, for this you need to use the script on the Entropiawiki website, called Weapon Compare .

Why a higher eco rate is so important? Because the more damage you do for 1 spent PEC, the more mobs you can kill per session.

Let’s look at some examples, which will clearly illustrate the validity of these arguments, and also count, how eco can be reduced by markup (margins) on weapons or inadequate skills.

Examples will be discussed below, which use different types of weapons, and hunting for the same mob, to compare opportunities, with margins that may not correspond to current reality, but which clearly demonstrate the difference, which is achieved when using weapons with good eco parameters.

Session — 300 PED, takes into account the cost of ammunition and weapon decks (with and without markup).

This gun, according to Entropedia, eco 2 matters,814, i.e. spending 1 PEC, you apply mob 2,814 HP damage. Means to destroy it, excluding mob health regeneration, you need to spend 2,843 PED. This is a cumulative expense, like ammo, and deckey. Naturally, you need maximum level of possession of this gun, to get these values. Now count, how many mobs can you kill, if you are calling at 300 PED. Divide 300 PED by 2,843. Get the answer — 105 (fractional value discarded)

Second example. You use unlimited non-sib weapons. for instance A-3 Justifier MK.II.

When calculating, you will have to consider your skills in the Laser Sniper professions (Hit) / Ranged Laser (Dmg). Let’s assume, that you have level 20 of both. Substitute the values ​​of professions in the windows Hit Level and Damage Level, and get, that the eco of the weapon has fallen sharply, and now is only 2,251. Count again, what costs do we incur, killing one Hadraada Alpha. 800 HP divide by 2,251, and get already 3,55 PED. Your mob destruction costs will be 25% more, than with the gun from the first example. Now count, how many mobs can you kill from such weapons, spending 300 PED. 300 PED divided by 3,55 and get already 84. You have already spent 300 PED, but killed 21 mobs less. Respectively, your return on TT in the form of loot will also be less.

By the way, if you have level 60 in both professions, everything looks less sad. At 300 PED you will kill 95 mobs. By level 100 in the Hit and Dmg professions, you will kill approximately the same number of mobs from these two types of weapons, and even possible, more from justifier, since he has an eco level 100 occupations higher.

Despite, that the loss calculation is done, based on total damage, so it’s more indicative, this is not entirely true. Only weapons have markup! Cartridges don’t have it, and so you have to calculate, what percentage of damage do you need to calculate the markup, to get true eco value.

Weapons have a slightly different situation, which may have a margin of 50 or more %.

We will take for him a markup from ancient times at 50%.

Easy to count, that there will be almost no difference in killed mobs. Initial value 2,907 (without MU) and received by us 2,803, the difference between them will be 1%

This calculation is especially evident for weapons, which newbies buy, markup on it can reach values ​​of 150-200%!

If you add an amplifier to the weapon, then his additional deck and markup can also affect the cost of your kit, in a positive way (in the case of, for example, unlimited amplifiers of the Omegaton A10X or Fi series/Ra/Co Beast, Dante), so negative, when using limit amplifiers, which require the calculation of MU for each use of the amplifier.

Summarizing the above, calculation shows, that paying markup for a weapon with a small or very scanty deck is not so scary. Poor pay markup and weapons, and for the amplifier. There are already losses.