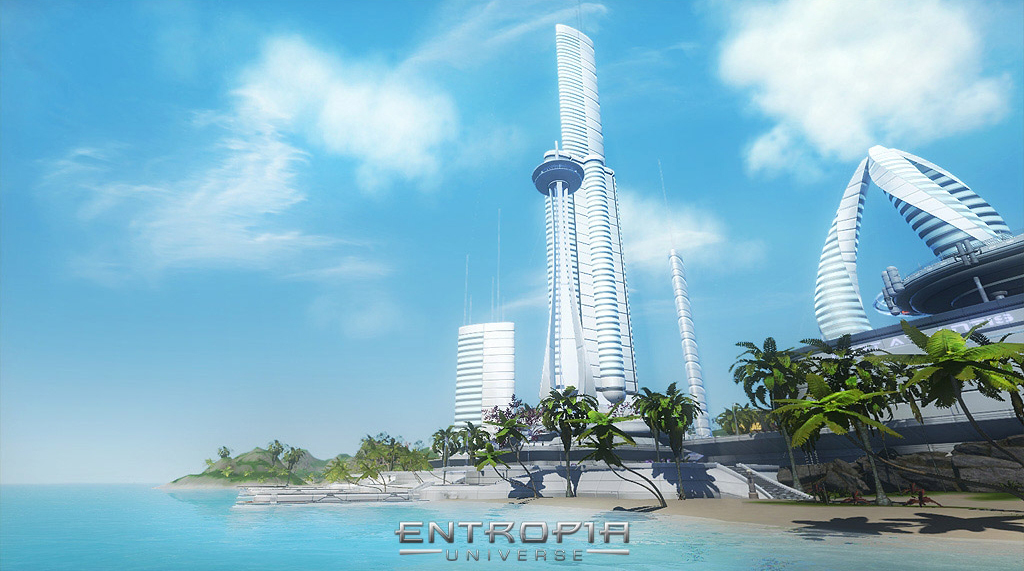 Most people, coming to the Entropia Universe, suggest, what is another game, of which there are so many.

After spending in the Entropia Universe (further EU) some evenings, as well as trying to enter real money, usually a small amount, they begin to understand, what is EU — it’s something else. And what are the usual character development algorithms in the EU, although similar to many games, but still pretty much different.

Often disappointed and dissatisfied with non-standard developments, or even just not satisfied with the graphics, new members leave EU, labeling her «casino» or even worse. Introduction, which we suggest you read, intended to, to dispel your doubts, eliminate perplexity and give an understanding of the essence of the Entropia Universe.

Entropia Universe — this is not a game

Entropia Universe System — it is primarily a service, provided by EU developer, Swedish company MindArk, intended for the interaction of the participant with the service and the participant with other participants, with your own rules, laws, internal systems, processes and taxation. Then, that the EU service and all its systems are presented in the game shell on the CryEngine 2 gaming platform, does not change the essence of the service.

All, what provides you Entropia Universe, can be defined in one word — «business platform».

What do the members do in the EU and on this platform, and, of course, you can do — this is your own business.

The results of the participants are very diverse and depend on the goals, which they delivered, and also very much dependent on their behavior. If the participant wants entertainment, or exciting game, for which he pays — he will get it.

If he wants to make money, or open your own business inside the Entropia Universe, all this can also be implemented.

These approaches and attitudes towards Entropia Universe on the part of the participants differ only in the knowledge of the participant, degree of control over processes within the EU, the presence or absence of accounting for results, as well as varying degrees of personal involvement, i.e. time consuming, and of course, financial investments.

Some members consider EU, like a place with lots «freebies» and earning opportunities, and here they are also partly right. Because some services and processes within the EU force other Entropia Universe members to provide this very «freebie» in EU. And also such «freebie» important including, to justify the statement of the developer company MindArk about 100% Free World Entropia Universe. Such members pay the most valuable services to Entropia Universe services, what do they have in life — time. But it’s wrong to blame them, we believe, that every person has the right to use his time so, as he sees fit, including presenting it to the virtual world of Entropia Universe.

Entropia Universe — multi-user world, designed for interaction between participants and services, provided by the EU system. Immense world, very similar to regular games, because it implements the classic gameplay in the form of several main activities, such as hunting, Resource mining, production and battles between players (PVP). All these activities are intertwined and highly dependent on each other.

At that time, the world was called Project Entropia, and offered the participants about the same, what now, there were just fewer services and opportunities in that world.

Having undergone significant changes in its development since 2003, as in quantity, and in quality, as well as the variety of services provided, Entropia Universe is now a small planetary system, consisting of 6 planets (Calypso, Rocktopia, Arkadia, Next Island, Cyrene, Toulan) and three moons (F.O.M.A. — Fortuna, Crystal Palace, Monria), separated by outer space (Space).

There are significant additional areas, belonging to these planets (instances and extensions, such for example, like Secret Island, Arkadia Underground, Ancient Greece). Participants’ activities are possible both on the planets themselves and in additional areas, and in outer space that separates them.

The activity of the participants is mainly determined only by their desire and capabilities, financial and temporary.

There are certainly more activities, than it seems at first glance. The main activities we have already indicated: hunting, Resource mining, manufacturing and PVP.

To main activities, which provide the free existence of those participants, not willing to invest, sweat collectors (Vibrant Sweat) animals, or as they are called, mobs, as well as free resources, such as stones, fruits and even poop.

Almost all of these activities can be profitable, so the loss, and the result already depends on the knowledge and understanding of the participant, what does he do in the entropia universe, and from, how he does it.

Entropia Universe GDP measured in 6 digits in dollar terms. All means, entered by a member in the EU, can be freely withdrawn to the bank account of the same participant, of course, net of transaction fees and bank interest on the transfer amount, and also after a fairly significant period of time, up to 2.5 months, from the moment of withdrawal order.

Despite, that the original name of the project Project Entropia was later changed to Entropia Universe, currency name remains the same to date. When a participant transfers funds to the EU, they are converted to PED at the rate of 1 USD = 10 PED. Withdrawals from Entropia Universe can be made in US dollars or euros, including to the account of any Russian bank.

Of course, your participation in Entropia Universe cannot be completely free. Since there is no monthly fee in the EU, subscription fees, and any other obvious payment for the services provided, then payment for participation is made in the form of taxes, hidden and explicit, collected by developers, their partners and investors (in t.h. from the number of participants) with all member activities, unless of course he is engaged only in cost-free activities, such as picking fruit or collecting sweat from animals.

There are a lot of taxes in the Entropia Universe, starting from an implicit selection of funds for a novice participant in the process of carrying out activities (you always get less money from the EU, what you spend on activities), and ending with sales taxes, depreciation of items during use and even taxes on flights or on the transport of goods between the planets.

Actually, in terms of taxes on the activities of Entropia Universe is not much different from real life. The total tax burden is very significant, and therefore the main goal of the participant — compensate them. Transition from permanent loss of funds to constant profit, despite dynamic changes, regularly implemented by the developer, can be regarded as an indicator of the success of the participant in this project. Everything is like in real life.

Developers are constantly making changes to the project and changing the conditions for the functioning of services. This is due to their unwillingness to create permanent sources of income for participants. If you found a steady source of income, you should not rely on, that the profit from this source will be infinite in time and in the future will lead you to wealth.

In addition to significant competition from other participants, which does not allow you to safely profit from any one type of activity, there is a possibility, that after the next update, this source of profit will run out, but another will appear, no less interesting and significant. Many participants are constantly looking for new sources of profit, what makes Entropia Universe extremely interesting.

It should be noted separately, that the EU does not have all «joys» ordinary business, no abuse of power or protectionism by developers. In this sense, the EU is much more honest than an ordinary business anywhere. EU represents pure competition between participants, with the rules, which are always respected. No exceptions are made for anyone.

For, to become a full member of the EU, worth learning a basic English course. There is also German in the EU, spanish and french interfaces.

Achievements and virtual purchases of some Entropia Universe members earned pride of place in the Guinness Book of Records.

Is it worth bothering?

The answer to this question depends on, what do you expect from Entropia Universe.

If you want to win at Entropia Universe, like in a casino, we can assure you, that you have about the same chance, how much and in a regular casino. Anyway, the logic of the EU’s behavior in such a use by the participant is similar to the logic of the casino, and as a result, the EU will clean you up to the skin. It will happen to you anyway, Sooner or later, regardless of the amount of funds deposited.

If you decide to use the EU simply as entertainment, then follow the rule: «do not invest more in the EU, what are you willing to allow yourself to lose». Play the EU, like a regular game, but determine your monthly budget, within which you are ready to afford the costs. We want to note, that with this style of play you might be lucky, and you will get as a professional character growth, and get something valuable from the EU, as compensation for your expenses. EU loves its regular paid subscribers.

If you decide to build your little EU, and maybe not even a very small business, then we assure, that it’s even very possible here. As for any business, you will need a certain amount of real money to start an activity, which is determined by the type of activity and its possible scope. The size of the amount is limited only by your capabilities or your imagination. In addition to opportunities and imagination, you will need more knowledge, which can be purchased, reading as much as possible about the EU, learning forums, counting, figuring out their capabilities, given the probabilities, without losing sight of and necessarily keeping a strict record of the results of your activities. The accounting program for the EU has not yet been invented, Unfortunately. A pity, she would be very useful.

Do not think about the question, Do I need to become a member of this project, so strange and unusual at the same time, frightening and alluring, almost one of a kind, and striking in its originality. You can start for free. Simply register and go for it.

At registration do not forget, that in EU there is an important rule: one man — one character.

Violation of this rule is not welcome, and may cause your account to be blocked. therefore, before registering with your real name, last name and email address, and choose a nickname, think well, even your choice of character’s nickname may affect your reputation.

We wish you good luck, if you are just at the beginning.