HP modifiers — same skills, As the others. Just their growth has an effect on the growth of the character’s level of health, and everyone else — do not have. All modifiers are listed below. The plate contains those skills, which increase the level of HP when pumping.

First column — name of skill, second — how many units of skill are required, to increase health by 1 (one). 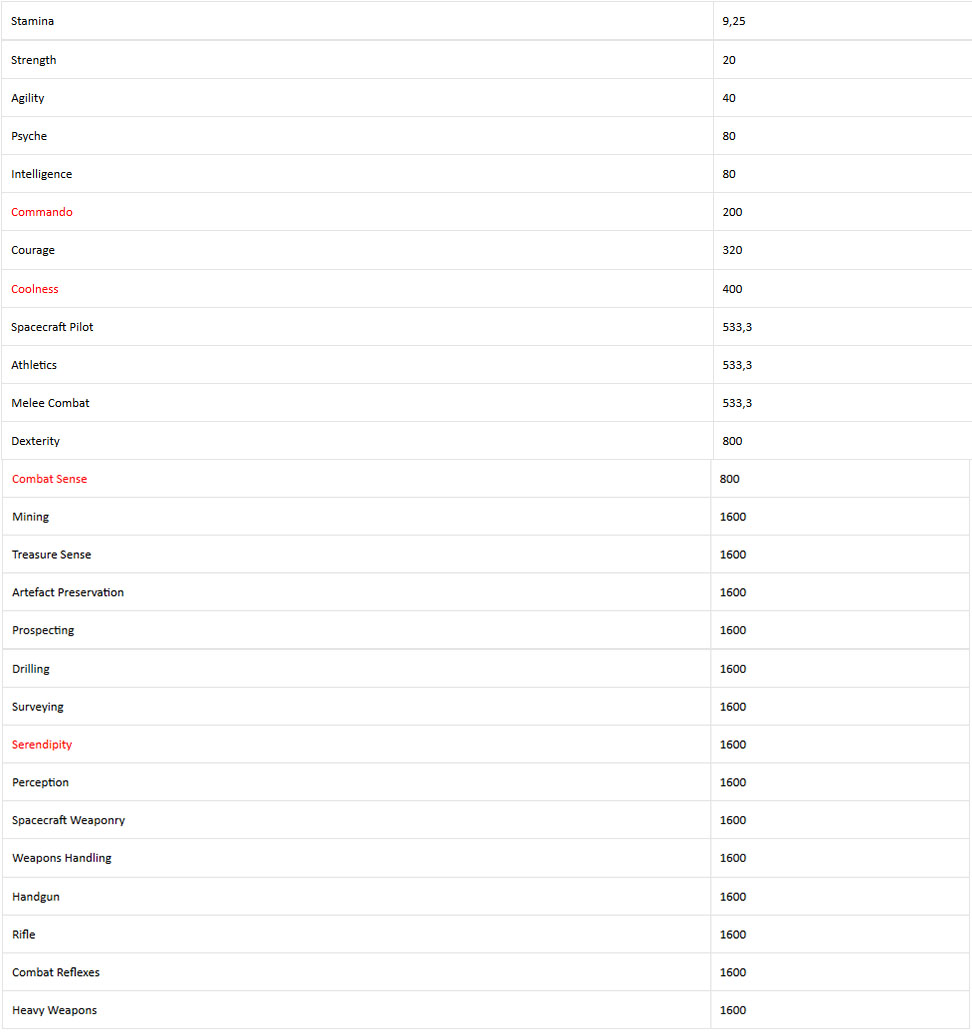 As you can see, health impact as open, and hidden skills (highlighted in red). There are as attributes, so skills, mining related.

So many participants, for, to boost HP, often just fill those skills, that they don’t need to do what they love at Entropia Universe, but just needed to increase the amount of HP.

Term «sway» means to engage in one or another activity, which leads to the growth of certain character skills.

If you look at your skills, you can notice, that you don’t have some skills from the table. This is all because, that they are initially hidden, and to open them you need to gain a certain professional level (for example, to unlock Coolness, you need to become Level 40 in any profession (Hit) except Whipper). Once you reach this level, you will receive the coveted skill and then with its growth you will receive 1 additional HP point for every 400 skill units.

Naturally, each of the skills swings with a certain activity in the EU. for instance, Rifle — when you shoot from any rifle or carbine at mobs or other participants in the PVP zone (when shooting in the air, skills do not grow). The Prospecting skill grows when looking for Ore in mining, and t.P.