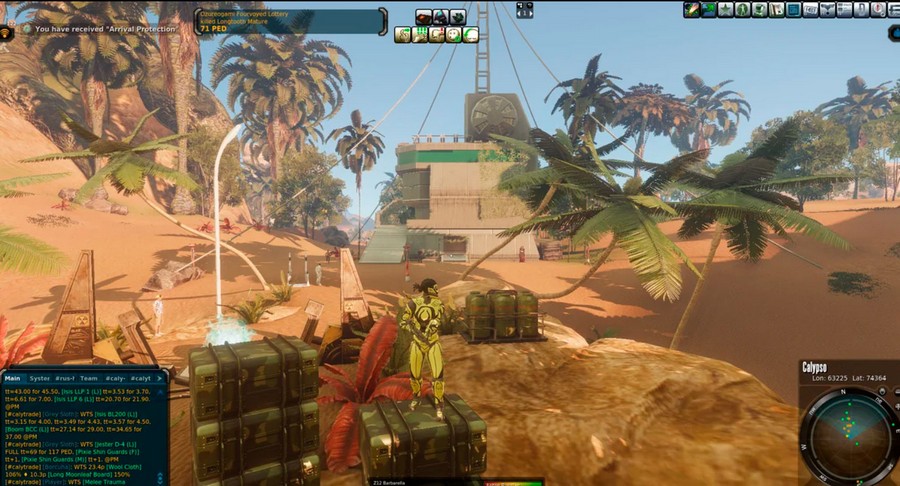 In Camp Icarus you can get most of the free Noobie items, such as weapons and ammo.

In Camp Icarus the first thing to get is Bukin’s spare rifle. But in order for this quest to become available, it is required to pass the quest of Captain Reeves, who meets us at the entrance. The quest is simple enough, all the necessary points are marked with a marker on the map.

Gauntlet stands opposite the entrance to Camp Icarus. These are two stages of the dungeon, running which for the first time you will get a first aid kit worth 3 PED and ammo worth 10 PED, and that’s not bad at all. From then on you can run Gauntlet once every 16 hours but the reward is a daily token for each of the stages until you reach level 10 in any of the professions. After that the rewards are not available.

Daily Token – in-game currency, for which you can buy weapons and equipment, so they certainly worth collecting. Exchange tokens from token traders, which, for example, can be found in Port Atlantis on the first floor.

So, after completing the tasks from Captain Reeves, the Bukin quest becomes available to us. Alex Bukin is waiting for you on the second floor. And after talking with him, he offers you to do a series of tasks as a reward for which you will get that Bukin’s spare rifle.

How to pass this quest read in the next article.