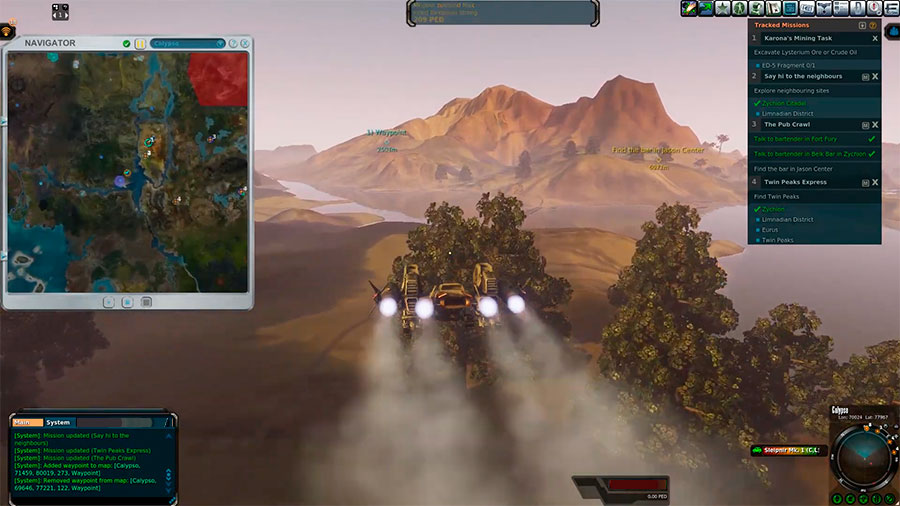 All three quests to visit locations. Neither shoot or dig in these missions is required. But the reward is also so-so – a little bit of skill. You can do them only because after traveling we will open new teleporters. And also after completing the Twin Peaks Express quest we will have access to a chain of new missions there.

So, all three missions are very easy. We just move to the specified points, communicate with the NPCs and fly back. In this way we unlock some useful TPs. The mission chain is suggested to us by NPC Nestor Bakshi. The route you can choose your own, but personally I suggest this:

After this journey we return to Fort Fury, talk to Nestor. This concludes the Fort’s quest. Continuation in Twin Peaks will be dealt with in the next article.