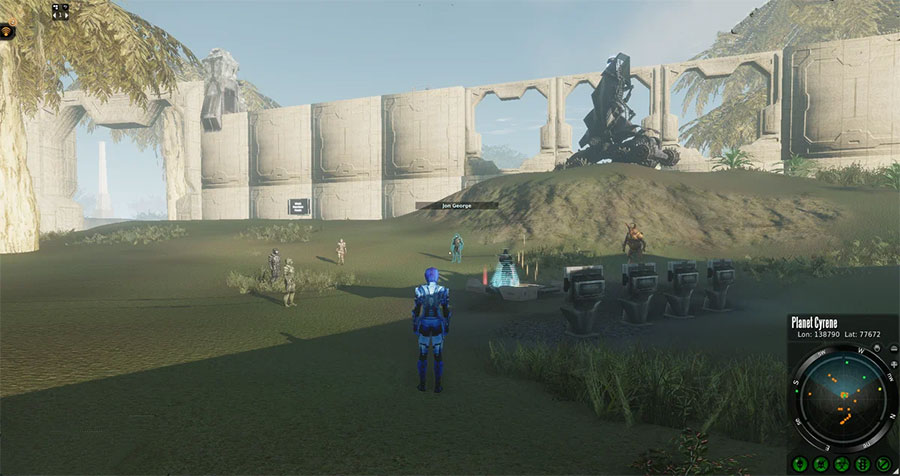 This article will focus on the planet Cyrene. It’s a beautiful, small planet, with lots of NPCs, challenges and quests!

It’s very difficult to figure out what’s what here, so I’ve decided to do a few guides as I progress through this planet.

There are several NPCs around the teleporter, each of which will send you to a different location from which you can already begin the more complex quests… We’ll talk about that separately in future articles, because I think it’s better to distribute the tasks according to the rewards (for example, you can read about how I mine armour boards here). In addition, you can also collect some blueprints, but that’s another story (the guide will come out a little later).

Climbing the hill, we see another 4 NPC, three of which offer a challange to kill different mobs, for which we get Skill Points. If you are going to spend a long time on this planet and engage in hunt, then of course these challenges are worth doing, in addition, they are updated once every 21 hours.

Now on to the freebies! Advancing a little further up the hill we find a whole line of NPCs, each of whom is happy to tell you about the gameplay and reward newbie items 😉 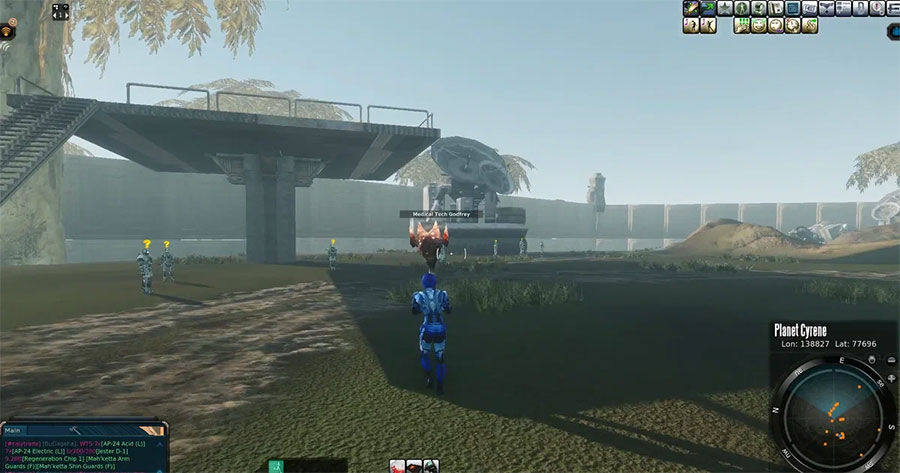 Here we get after a simple dialogue with NPC:

That’s where the “free cheese” ends, and you can finish by talking to the remaining characters here, thereby opening some teleporters, and beating the Scout Bot, on which, incidentally, you can grind a knife and/or gun!