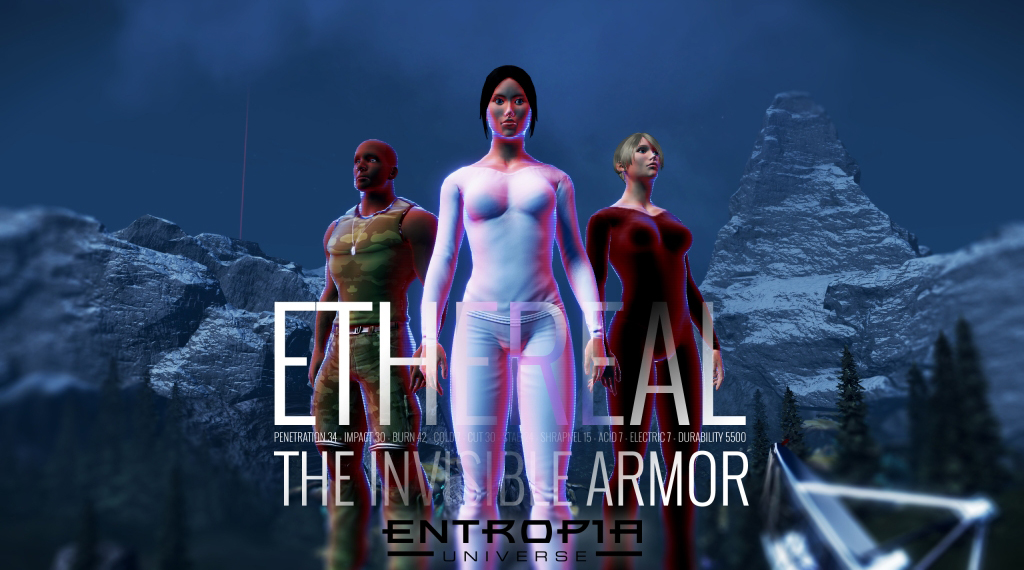 If you are hunting, then for you armor is one of the very important game mechanics, which is worth a thorough study.

Like any other thing, armor is unlimited and limit (L). The main feature of unlimited armor, comparable to the limit in, that she defends worse, when damaged and the more such armor is damaged, the worse she defends. Accordingly, when using unlimited armor when hunting mobs, it makes sense to keep the armor in the most erased state. Limit armor always protects to the maximum regardless of its condition.

When Entropia Universe Developers Announced Loot 2.0, they promised to make a skill, which allows you to use unlimited armor, as limit.

Was supposed, that the maximum development of this skill will avoid reducing the protective characteristics of unlimited armor when it is worn.

When mobs hit you, your armor wears out unevenly. Most hits usually come from the hull, accordingly, the armor of the hull usually wears the most and that is why of all parts of any armor, body armor usually has a larger markup, comparable to other parts of the armor.

Intuitive, that armor is needed in order, to protect against damage, but in the Entropia Universe there are various types of damage, which mobs can inflict and accordingly each armor protects against certain types of damage.

Accordingly, if you are going to hunt some kind of mob in armor, it makes sense to study in advance what types of damage this mob does and how many types of damage your armor can absorb. Considered, what is armor, which you get after passing the mentor on a particular planet is most suitable for destroying mobs on this planet. Of course, we are talking only about small and medium-sized mobs.

Another small limit armor feature — it protects a little better per unit of defense per PEC. If for example unlimited armor will protect at 20dmg/pec then the same limit at 21dmg/pec, approximately 7% it’s better.

Therefore, when choosing between unlimited and limit armor, it is justified to choose a limit, if its markup at the auction is less than 7 percent and if you are ready to put up with other features of the limit reservation.

With the introduction of the loot 2 system.0 armor was able to completely absorb damage. When this happens you see Deflected and do not take damage from HP.

There are also attachments for armor, the so-called tiles. Using them, you can get additional protection against certain types of damage.

Also, some types of armor give additional bonuses, when a set of similar armor elements is used. Similar mechanics are found in other MMORPGs. When, wearing for example three things from the kit, you get a certain bonus, and wearing all seven things the same bonus, but in a larger volume. An example of such armor is the Viceroy Advanced Armor.

Beginners often ask what armor to choose and how often to use it. Answer. Beginners can not use armor at all. Enough to get Aeglic Ring (any of its modifications at your discretion), which provides regeneration and a health bonus. Anyway, the best defense is Evade.

Agree, what better if mobs won’t hit you at all, than if they hit your armor, which you later or repair (in case of unlimited reservation) or buy a new one (in case of limit).

Therefore, at the initial stage, the use of armor becomes unprofitable, since you are unlikely to make much money on the markup from the received loot, if besides, what you need to buy ammunition and repair weapons, you will also need to repair the armor or buy new armor. At the middle stage, you will have enough mentor armor, and at high levels a completely different game will begin, about which you will need to somehow tell separately.