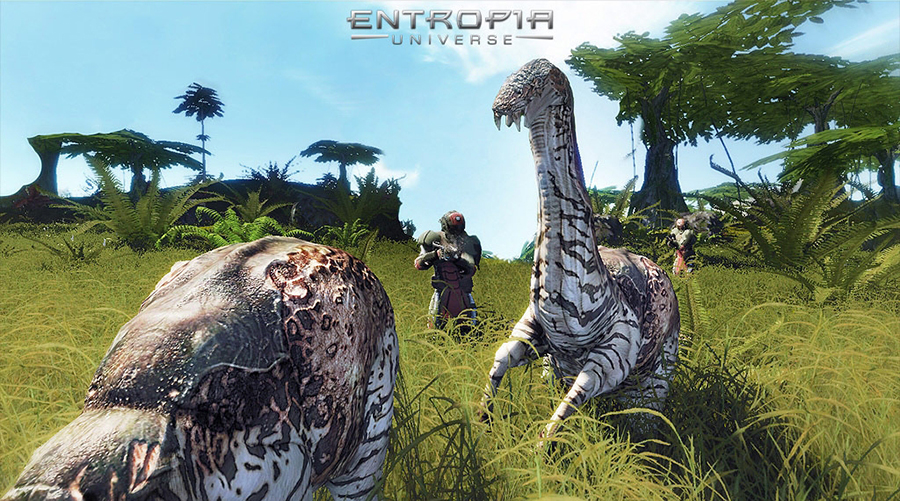 A little explanation for those, who is going to be active in the EU.

Entropia Universe — complex world, and studying it will require considerable effort from you.

On that, to learn all the tricks and tricks in the EU, it may take you years. And the dynamic development and updating of the Entropia Universe only puts off the moment, when can I say: «Now I know almost everything about the Entropia Universe!». If you want to be successful at Entropia Universe, To get started, take the habit of reading or browsing any EU material available daily, compare, analyze — and after some part of the truth will be revealed to you.

First parting words, which we want to give you, before you take action, it is a desire to choose a direction for yourself immediately. Why? Because narrow specialization will allow you to concentrate your time and money on one craft, without spraying them into different activities.

With a concentration of efforts in one kind of activity, you will first need a relatively small amount of superficial knowledge about other activities. Based on experience, we can conclude, that those Entropia Universe members achieve maximum success, who purposefully works in any particular direction. Even for simple pumping in only one main type of activity, you will need two or three times less money, than pumping in two or three.

Second parting word, or even just note information, About, how to understand, what do you have to do as a result of each day participating in the project. You should know, what is entropia universe — project «large numbers». This expression means this: to succeed, you may need to do a very large number of similar actions, or cycles of such actions.

Character actions at a high level of any type of activity are almost no different from the same actions at the initial level, except the amount of funds spent per hour and the amount of a possible return, well and still, perhaps, received valuable items in loot.

For the rest, Entropia Universe — it is a world with endless repetition of actions, or grind. Somewhere in Entropia Univserse grind is partially or fully automated, but somewhere almost there. You, you can probably laugh and say, what is this nonsense, that the grind problem is solved by bots, which you, perhaps, accustomed to using online games.

Yes, there are software, and even hardware solutions, that can be used in the Entropia Universe, which help automate all or part of the user’s actions. Of the existing software, we can note programmable clickers, as well as Entropia Raider character management system. Hardware — various kinds of programmable keyboards with macros, usb2kbd or gamer-bot.

However, we do not recommend you use any of this arsenal, or, God forbid you do the client modifications. All this is against the rules (EULA and ToU), and for using such controls you can easily get a temporary or permanent ban. For the modification of the client, most likely you will immediately receive a permanent ban. We only mention this in order to, so you understand, that the consequences for you personally can be disastrous, up to a lifetime lockout of your account and complete inability to withdraw funds.

Therefore, you must be prepared for that, to yourself, constantly, from day to day, do the same monotonous job, take into account the results, and again, and again, and get back to this job.

And what will have to do? We will try to explain in an accessible way.

Hunting, you will have to kill hundreds of mobs per day, counting on, that one of the mobs will give you some interesting item, which will be of great interest to other EU members, and which, perhaps, will be sold by you for an amount tens or hundreds of times higher than its face value. Remember however, that to get such an item you may need to kill 100 thousand mobs (we are not joking!) for several months. In this process, you will receive other items, which are, perhaps, partially cover losses, arising from the operation of the Entropia Universe tax system. The choice of mobs can seriously affect the result, therefore, even a simple study of loot from different mobs is likely to bring you some losses at the initial stage.

If you like to get resources, your business will be finding places, which are able to bring maximum profit by markup or by the presence of rare and expensive resources. Your income or loss will completely depend on your choice of a planet and a place on it. Similar, as in hunting, finding good and profitable jobs will take you some, possibly quite significant, amount of time and money, spent on geological exploration. But then, finding good places, a miner searches for resources mainly on them. From day to day, from month to month. Of course, no one will share information with you about profitable places.

If you want to become a producer, or, as they say in the Entropia Universe, crafter, then you will have to study not only the production process itself, but also thoroughly explore the EU market, because then, what will you produce, very desirable to sell to other participants, and not to hand over to the trading terminal. In production, drawings are an added value, which give you the right to produce any item.

In all cases you will have competitors. It is very difficult to dominate in such a saturated market, Like the Entropia Universe Market. As soon as you start selling an item or resource for 100 PED, there is almost always another member, who starts offering exactly the same item for 99 PED. All participants are constantly in price wars with each other. It is very annoying, especially those participants, who are just starting their way into the Entropia Universe, and they are also included in price wars, dumping, to sell your product as quickly as possible. It’s a bad way, leading to additional losses. Hope, what from this hint could you understand, that it will be very important for you not only to get a valuable item or resource, but also sell it at the maximum margin.

I hope, what do you understand the basic concept. Almost all Entropia Universe members, engaged in costly activities and wanting to make a profit, act that way: 1-3 hours of grind -> sale -> accounting. From time, which you have chosen for grind, too much depends.

According to open statements by development groups of some planets, various items, resources and drawings have different probabilities of being received in loot at different points in time. You can, eg, kill 1000 mobs one day, and not get anything of value, and you can kill 100 mobs in another, and get some one or more valuable items. It turns out, that some items simply cannot be obtained in certain periods of time, no matter how hard you try. What makes it difficult, called by the participants «brute force»grind and often makes it completely meaningless.

Those, who composed and composes guides, wrote about the choice of the planet, about missions and much more about that. And we think, that following the storyline is not always right, and for exploring the Entropia Universe it’s not at all necessary. We suggest you do otherwise, and after pumping, instead of all missions, collection attempts, you just need a sightseeing tour of several, or maybe on all the planets of the Entropia Universe. In parallel, you will be able to engage in various activities, and try them on different planets. According to the results you can decide, what exactly attracts you the most, and which planet do you like more.

Buy Your Quad-Wing Interceptor Spaceship (L), Space Thruster (L), Vehicle Rk-5 (L), 500-1000 units of Oil and 2-3 thousand units of Welding Wire, and fly to Space, visiting all the planets. Yes, it will cost you some money, not very big, but such a journey will allow you to make your first acquaintance more interesting.